Primary school pupils in England could face formal tests at the age of seven - and a pool of "elite teachers" will be recruited for struggling schools.

There will be a target requiring 90% of pupils to take core academic subjects at GCSE.

Head teachers' leaders warned a teacher shortage in some subjects made that target "immensely challenging".

Mrs Morgan said more "robust and rigorous" checks on progress at the age of seven would help ensure that all pupils had "mastered the basics" before they left primary school.

At present, she said, there are 20 local authorities where most pupils do not achieve five good GCSEs, including English and maths.

The education secretary wants to target areas with low achievement, such as coastal towns and some northern cities. 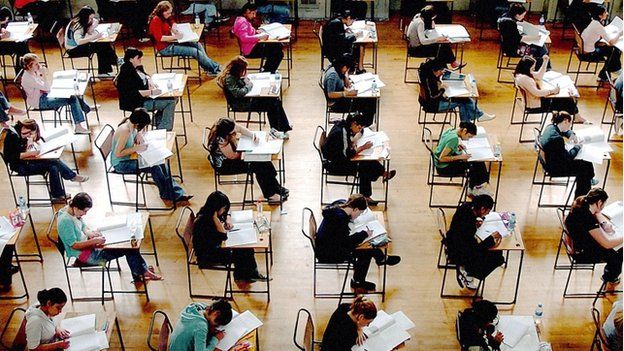