A new wave of huge schools is planned to add places without new buildings. But there are fears the most vulnerable pupils could suffer 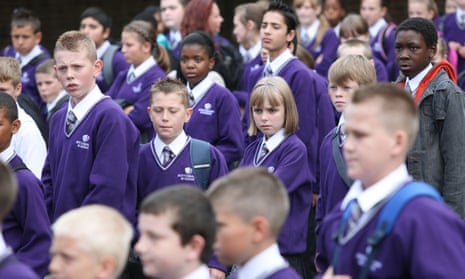 Even England’s biggest school, Nottingham academy, is on the growth list and set to add another 420 pupils to its 3,600 places. Photograph: Fabio De Paola

Ian Wilson is either a very caring headteacher or he enjoys memory games, judging by his study: the walls are papered with individual photos of 1,350 pupils so he can learn all their names.

“Whenever I have a spare moment I try to put names to faces because names are very, very powerful,” he says. “Sir Alex Ferguson says his most important management skill was knowing everyone’s name. If I see something going on in the playground and I call a child by name they soon stop. ‘Sir, you know my name!’ they say.”

Wilson admits it’s a challenge to learn about 300 names with the new intake each year at Little Ilford school, a comprehensive in Newham, east London. But he thinks it important to know every child. Ofsted rates the school, in one of the most deprived parts of the country, “outstanding” and a place where “every individual counts”.

Now Wilson’s job is about to get more difficult: Little Ilford is getting bigger, expanding to more than 1,500 to accommodate the extra demand for school places in the borough.

But at least it’s not going to be as big as some of the new supersize schools being planned by local authorities across England. The bulge in pupil numbers, the result of rising birth rates and migration, is difficult for councils to manage because the government won’t allow them to build new schools unless they are free schools or academies. Sponsors appear to have little appetite for building new schools, so enlarging existing ones provides a solution.

Even England’s biggest school, Nottingham academy, is on the growth list and due to add another 420 primary pupils to its present 3,600 places for primary and secondary students. 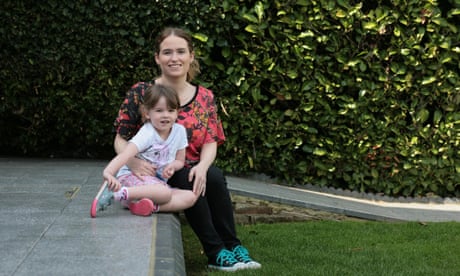 Welcome to big school: how a baby boom has supersized our primaries

Among a new wave of “titan” schools will be Exmouth community college in Devon, set to grow from 2,500 to 2,860 by 2018; Walton High in Milton Keynes, Buckinghamshire, rising to 3,000; and Bitterne Park in Southampton, increasing from 1,650 to 1,800. Barking and Dagenham has written to schools asking for volunteers to take extra pupils, and would like its popular Robert Clack comprehensive to increase its places from 1,900 to 2,500.

Supersize schools may provide a quick solution and economies of scale, bringing a wider curriculum and stronger out-of-school clubs and activities. But how do pupils find them, and what do parents think about massive schools? And will the pupils who most need support feel lost?

That’s the concern raised by Lifeline Projects, a charity providing mentoring and support for pupils who are struggling or at risk. While it accepts size alone does not create a problem, it fears more vulnerable pupils could slip through the net.

“We encounter numerous cases where children’s problems have not been identified,” says Nathan Singleton, Lifeline’s director of young people’s services. He cites the recent case of 15-year-old Sean, who was missing school in his GCSE year. It took 10 weeks before the teenager felt able to confide in his mentor that he was the main carer for his mother, who was dying of kidney failure, and for his sick brother. His father was an alcoholic. “Sean had not shared this with anyone at school because he wanted to spend time with his mother before she died,” Singleton says. Lifeline and the school were able to arrange support, including catch-up classes.”

Interestingly, the Conservative government seems to have had a change of heart on school size. Although it now approves the supersizing of large academy schools, in opposition it maintained small was beautiful. While shadow education secretary, in 2008 Michael Gove accused the then Labour government of creating more 2,000-plus schools by its “pile ’em high approach”. “All the evidence is that some of the toughest problems with discipline are found in the larger schools. In America, cities such as New York and Chicago have significantly improved behaviour and standards by encouraging smaller schools where it is easier to foster respect,” he said. 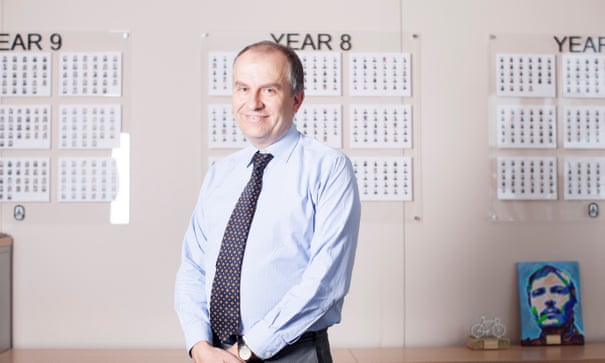 Ian Wilson’s study wall at Little Ilford school in Newham, east London, has photos of every one of his 1,360 pupils. Photograph: Alicia Canter for the Guardian

A Conservative spokesman now, though, denies there has been a change in policy. “The free schools policy allows good and outstanding schools to open new schools, avoiding the problem of popular schools having to become larger,” he says. “There are areas of the country where sites are limited and so it sometimes makes more sense for existing schools to grow to deliver our vision of a good school place for every child.”

Nowadays most of the largest secondaries are rated “outstanding” or “good” by Ofsted, with the exception of Stantonbury Campus, the 2,000-pupil secondary in Milton Keynes, which Ofsted says requires improvement. Inspectors this year found low attendance, lateness and poor teaching and said “students’ behaviour and the school’s work to keep them safe” required improvement. Six miles away, however, the town’s Walton High, with 1,500 pupils, was rated a good school where pupils felt safe and were well behaved.

In fact, research on optimum school size has proved inconclusive. In the US, the Bill and Melinda Gates Foundation committed more than £1bn to create 1,500 small high schools. But later research sponsored by the foundation in 2005 found small was not enough. It concluded: “The Gates Foundation has realised that curriculum and instruction may be as important as school size.” 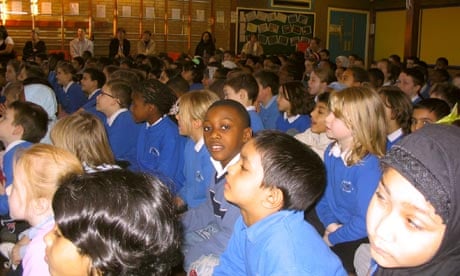 The growth of the 'Titan' schools

It has eight portable classrooms and, within a couple of years, 1,200 pupils. Fran Abrams visits England's biggest primary – one of a growing breed, thanks to the national shortage of places

Small schools in the UK won the support of the wellbeing charity the Calouste Gulbenkian Foundation, which sponsored a human scale project of “schools within schools”. It helped remodel the 1,800 Brislington Enterprise college in Bristol into five separate learning communities of 300. But the school struggled to improve and by 2013 had slid into “inadequate”, and in February this year was converted to an Oasis academy.

Do big schools want to get bigger? Bitterne Park school in Southampton, with 1,650 pupils, is rated “outstanding” by Ofsted and is to expand to 1,800 in a new building.

You’ll find Susan Trigger, the head, on dinner duty and on the gates before and after school. “I make sure I am very visible and they all know who Mrs T is. Of course in a large school you need to break it down into structures of support. Here each year group has a senior leader and we have progress leaders and pastoral leaders to support our students as well as the form tutor teams.

“I’m confident that our identity and ethos are strong enough to allow us to grow and ensure we continue to be a happy place where all children feel secure; 1,800 is not as big as some schools and I think once you get over 2,000 you have to look at a different organisation, perhaps dividing it into upper and lower.”

Michelle Currie, executive principal of Walton High, will be responsible for 3,000 pupils on two sites by 2022. She says there are many advantages of scale, such as opportunities for pupils to join orchestras and put on productions, plus breadth of expertise among the staff.

The school is on two campuses, each headed by an associate principal and has a dedicated pastoral team of student advisers. “Because of our size we have also been able to employ our own family support officer for students who may be having problems at home and we have our own educational psychologist,” Currie says.

The advantages of big schools far outweigh the disadvantages, says Anthony Alexander, principal of Exmouth community college (current enrolment 2,500 and rising). “I can think of only one disadvantage and that is that the principal cannot know every student individually. I make sure I get around the school, though, and I do know a lot of students by name. They certainly know who I am.”

Alexander says making a big school succeed “comes down to the commitment of the school to support its vulnerable pupils, the ethos and culture of the school and the way it is organised”. He says size is immaterial.

Singleton agrees: “Larger schools need larger resources to make sure they have the staff and the systems to support our most vulnerable young people.

“The danger is that these supersize schools come at a time of financial stringency and loss of pupil premium [the extra money for disadvantaged pupils] due to the welfare cuts. If the two things collide, then we fear the gaps will get bigger and more young people will slip through them.”